As well as having lots of traders for you to enjoy, we also have a selection of outstanding large scale model railway layouts from around the UK, in a wide variety of scales and showing railways from different periods and countries.

Association of 16mm Narrow Gauge Modellers Ltd (4.500 members worldwide), there are a significantnumber who concentrate on the heritage side of the models, as well as the early members. Eleven years ago, Derek suggested that they have a layout at the National Show exclusively devoted to running those models, locos and rolling stock, together with a static display on which to showcase them. Thus the layout was built & it is called Phurcombe Hall, in memory of the founder of the Association, one Graham Lamb, whose garden line was the PH and Stonehenge Tramway. Therefore they have built the layout to look like the early exhibition ones, not concentrating on scenery. All the buildings etc. also have heritage significance – indeed some are from Graham’s original line. The purpose is to focus on the running of the models.

Most of the freight that used the line was fish from the quayside. After the closure of the line many years ago, a group of local rail enthusiasts reinstalled the tracks ; buildings ; purchased a few foreign engines stock. Most week-ends trains can be seen running. The buildings are from BR days. This international flair works well. Most of thetrees are supplied by Ceynix Trees. Buildings are supplied by T & M models.

A classic dual gauge 16mm layout. Pentre both 32mm and 45mm represents a preserved Welsh narrow gauge railway with a developing museum. Traditional hand laid track has been used, with real ballast. The Museum complex has been extended with extra buildings and a display of historic 16mm locomotives and rolling stock.

Pentre represents a preserved narrow gauge railway in 16mm to the foot scale. The dual gauge circuit (32mm and 45mm) is hand-built using traditional Bassett-Lowkeand Bonds gauge ‘O’ rail and wood sleepers. There is a modest through station, a small loco depot and at ‘Pentredwr’a railway museum has been established. Live steam locomotives, fired by gas, and even coal are a special feature, as is an interesting display of scratch-built rolling stock. The friendly operators will be happy to talk about the models and the railway.

U-shaped, out-and-back Mamod trackwork with manual turntables at each end. Represents a 2ft gauge goods depot on the edge of a village, with a dozen or so buildings from Pendle Valley Workshop. Operates with a variety of gas-fired live steam locomotives and battery- powered diesels, using radio control.

Rowlands Modules – Setting the Standard. During 2013 Gareth Jones, one of our members, led an initiative to develop the standard published below for the building of ‘modules’ that can be brought together to form layouts either by an individual or by groups of people wanting to create something different every time they meet at an exhibition or event. The modular layout has appeared at the National Garden Railway Shows at Peterborough Arena from 2014 onwards.

A premier layout designed to showcase the best LGB has to offer, with a large selection of LGB Locomotives and rolling stock from different countries and different eras caters for all tastes. Narrow gauge and standard gauge is catered for on the layout.

16mm / foot is a scale often used to model narrow gauge prototypes in the garden. This compact circuit of Mamod track disguised by a complex of colliery buildings and structures provides an opportunity to get a closer view of locomotives and rolling stock normally viewed out of doors at a distance. Using battery powered radio-controlled motive power, it is possible to represent the type of shunting operations which used to be carried out at pitheads in many parts of the country. With a small circuit included in the track plan, live steam locomotives can be used for variety and interest. Although built to the same gauge, the high-level tracks serving the mine shaft are much lighter weight. Because of this, and the tight clearances typical of this type of system; only the smallest locomotives and rolling stock operate in this area.

A layout designed to be enjoyed by young and the young at heart with a large selection of Radio controlled battery powered locomotives and rolling stock from Play mobile. 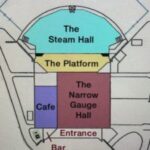 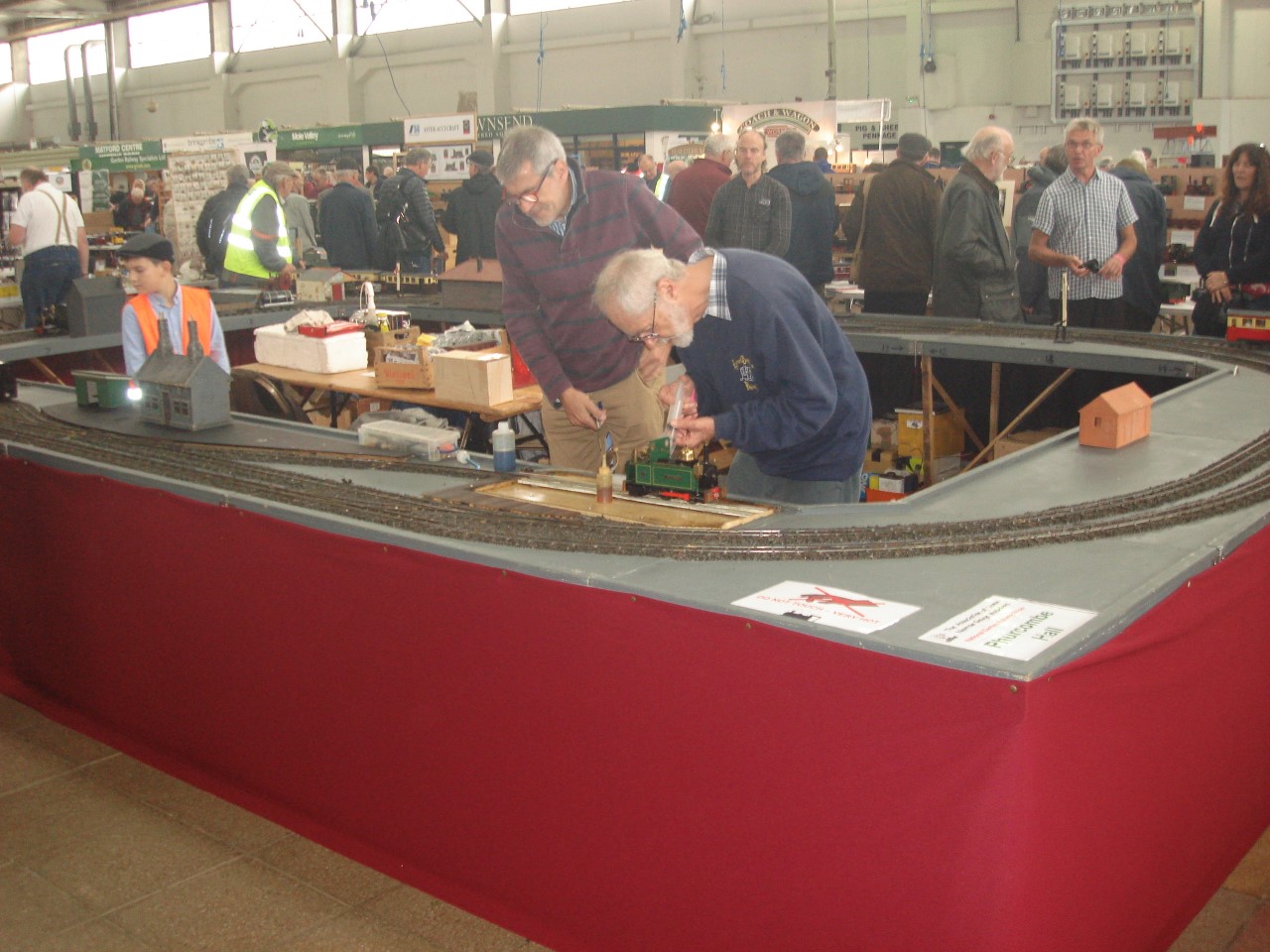 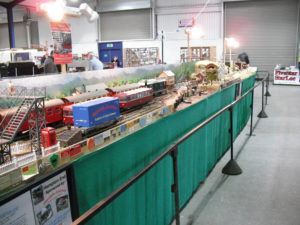 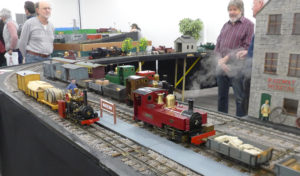 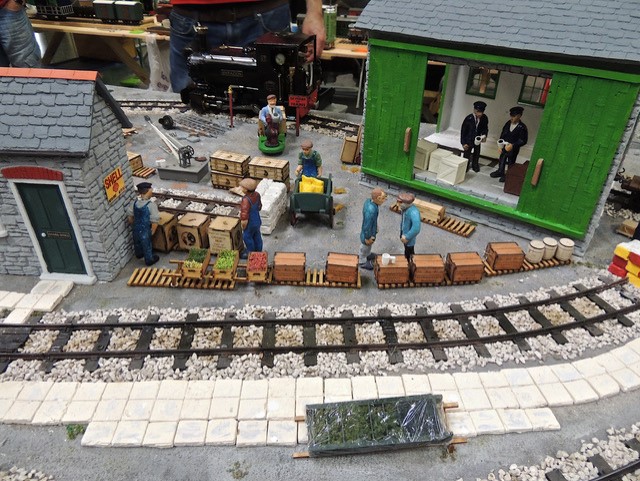 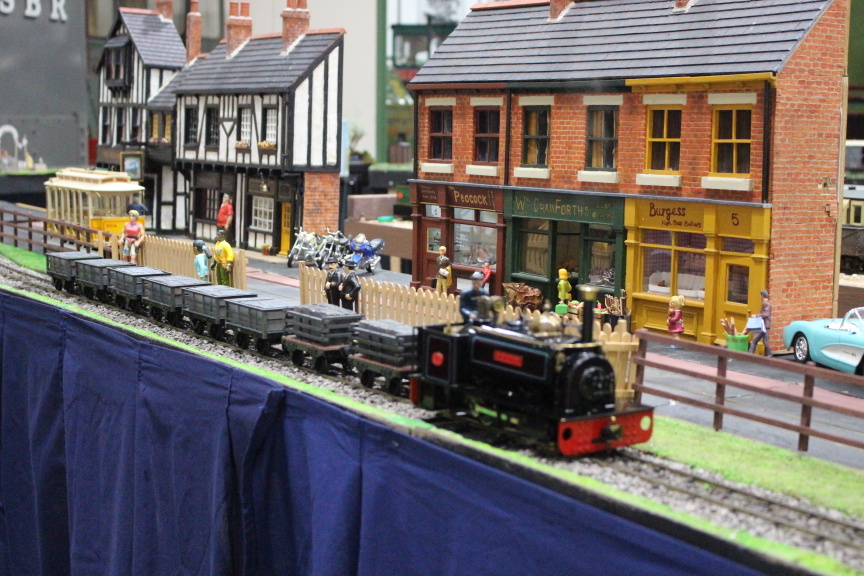 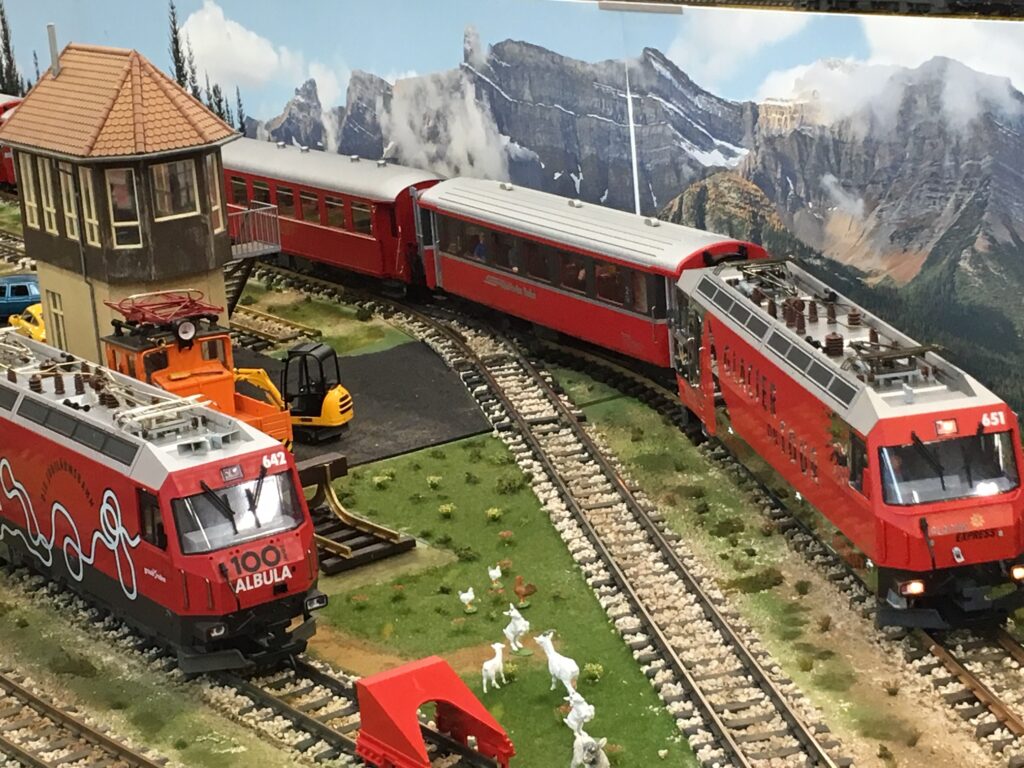 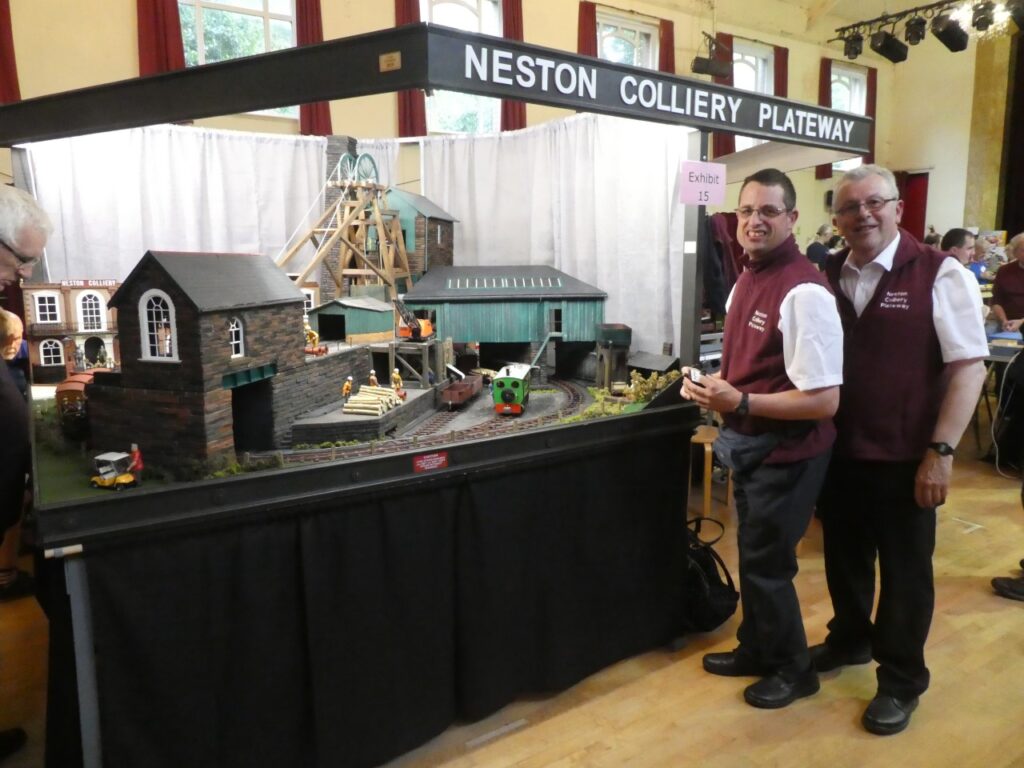